You are here: Home / History

You experience something truly special when you travel along this road as a cyclist or a driver. It is like you are engulfed in the era that found great inspiration from the exact nature and mountains surrounding you, through visual experiences, smells, sounds and an intimate bond to humans and nature.

Over two hundred years ago that era came to Europe along with a new spiritual direction, it was called the era of Romanticism. In the villages along the romantic road you can meet this national uniqueness first-hand. The original and eccentric atmosphere, that which lies in the misty sea beneath the sky, over the fjords and coves. You can also meet the enigmatic, the feeling of emotions and fantasies grabbing you and filling you with longing. The type of longing that makes your thoughts chase after that of which cannot be seized.

While you are travelling on this road you should take some time and open your senses. You will then realise that the romantic extends far beyond what is within your reach, toward the earliest childhood and toward the oldest story. 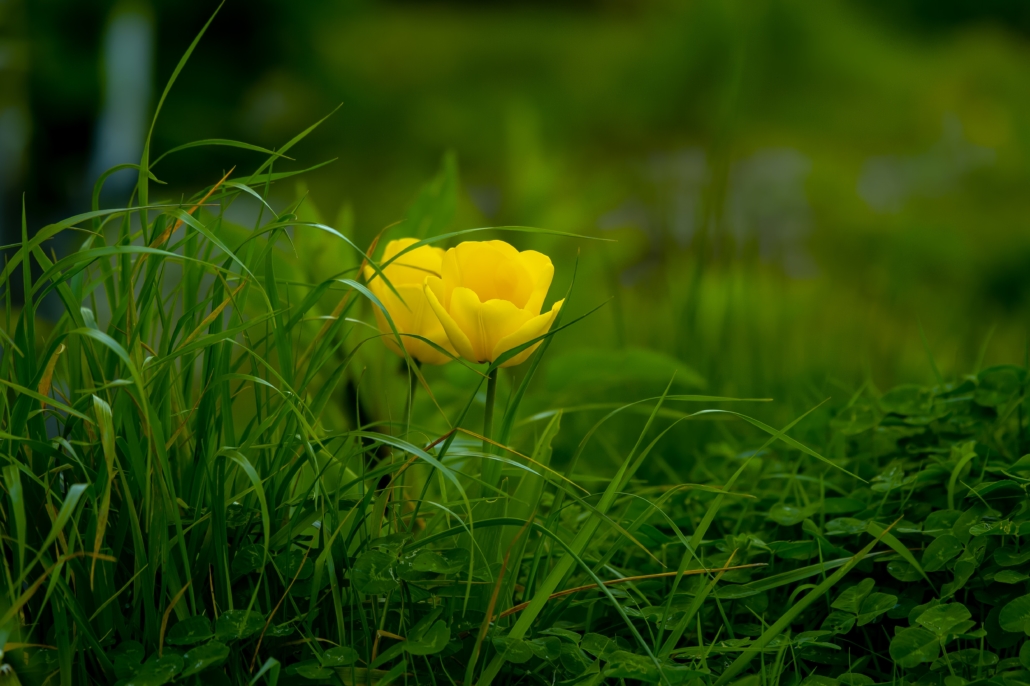 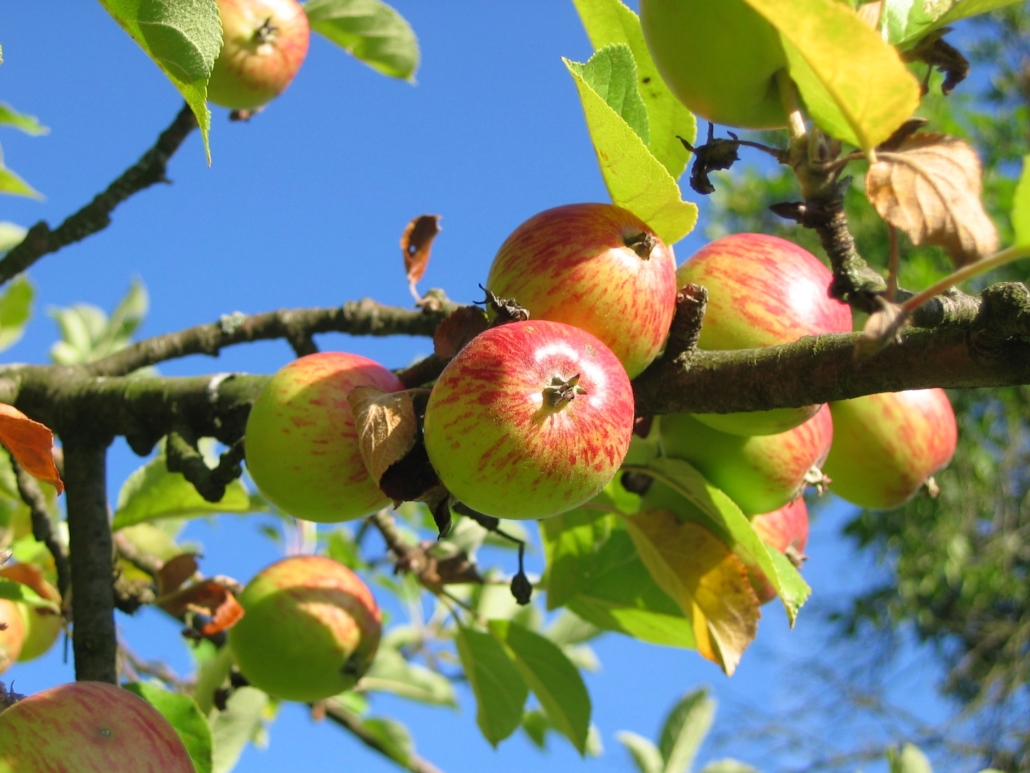 The Fjord and Nature

The seaway that stretches from the ocean to Skjolden, which you can find at the end of Norway’s longest fjord Sognefjorden, is more than 200km (124 miles) long. During the summer the colour of the fjord changes between blue, grey and green. Often a very bright emerald green due to the sun and light that colours the joining of the fjord and the melted water from the glaciers.

The mild breath from the Atlantic makes the southside of Lustrafjorden, which is a smaller fjord of about 40km (24,85 miles) connected to Sognefjorden, one of the most fertile lands you can find in the whole country. The wealth of the soil will not go unnoticed along the romantic road. There you will find temperate deciduous forests such as elm and ash.

Tobacco cultivation was also an important side-industry in the villages along the fjord in the early 1900’s.

The long History of the Road

The road from Skjolden to Urnes is called the Romantic Road. It carries a long history as it took almost 70 years to finish. They started building it in different stages from 1912 and finished it in the 80’s. Today those stages make the road one individual road of 30 km. Although the road was busy in its time, travelling along it today is a lot more peaceful. That is because the main traffic does not follow the Romantic Road, as it is moved to the other side of the fjord (Road 55).

However, when you get to Ornes the road reaches a dead-end after 5 km in the small village Kinsedalen. Anyone, cars and bikers, are welcome to travel to the other side by a small ferry to visit the village of Solvorn.

Skjolden was one of the last stops for fjord traffic in the busy Sognefjord and was an important and ancient transport corridor. The pilgrims travelled through there often, as the first tourists in history, on their way to Nidaros in Trondheim. There were many churches along Lustrafjorden, and today 11 of them are still standing, which is many considered the municipality only has about 5000 residents to date.

Skjolden was also a typical transit port and reloading space for products and people who came over the mountains from Gudbrandsdalen heading for Bergen. This made the village loud and buzzing, and sometimes the locals from Gudbrandsdalen would travel with more than 150 horses in only one unit over the mountain. They always brought leather with them, but they would bring corn too if it had been a good year. In Skjolden they would buy salt, herring and fish. Salt was especially important as it was used for preservation of meat and fish.

Today Skjolden is known as an important tourism spot that offers many attractions and activities for locals and tourists alike and is a natural gateway to three national parks: Jotunheimen Nasjonalpark, Breheimen Nasjonalpark and Jostedalsbreen Nasjonalpark. Every year cruise ships filled with tourists arrive in Skjolden, and every year they are ready to experience the wonderful nature and relish in the authentic atmosphere that the village offers.

Skjolden is also the village where the famous philosopher Ludwig Wittgenstein, who owned a cabin in the area, wrote some of his most famous works.

“I do believe that it was the right thing for me to come here, thank God. I can’t imagine that I could have worked anywhere as I do here. It’s the quiet and, perhaps, the wonderful scenary; I mean, its quiet seriousness.“
From Wittgenstein in a letter to Moore, October 1936 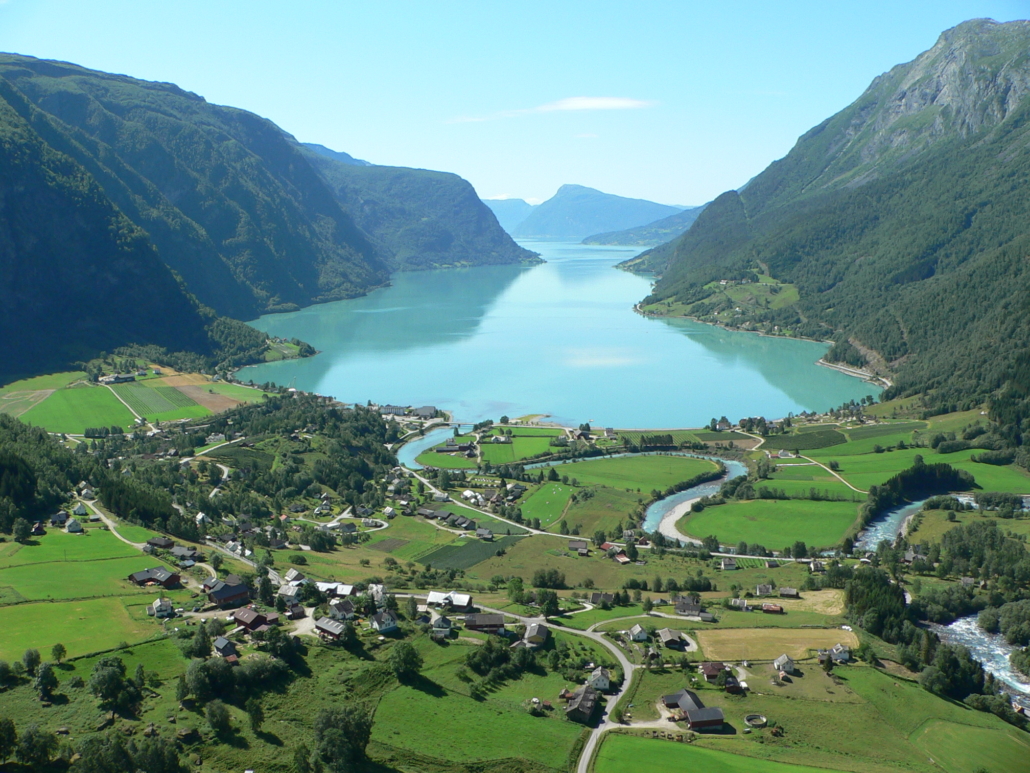 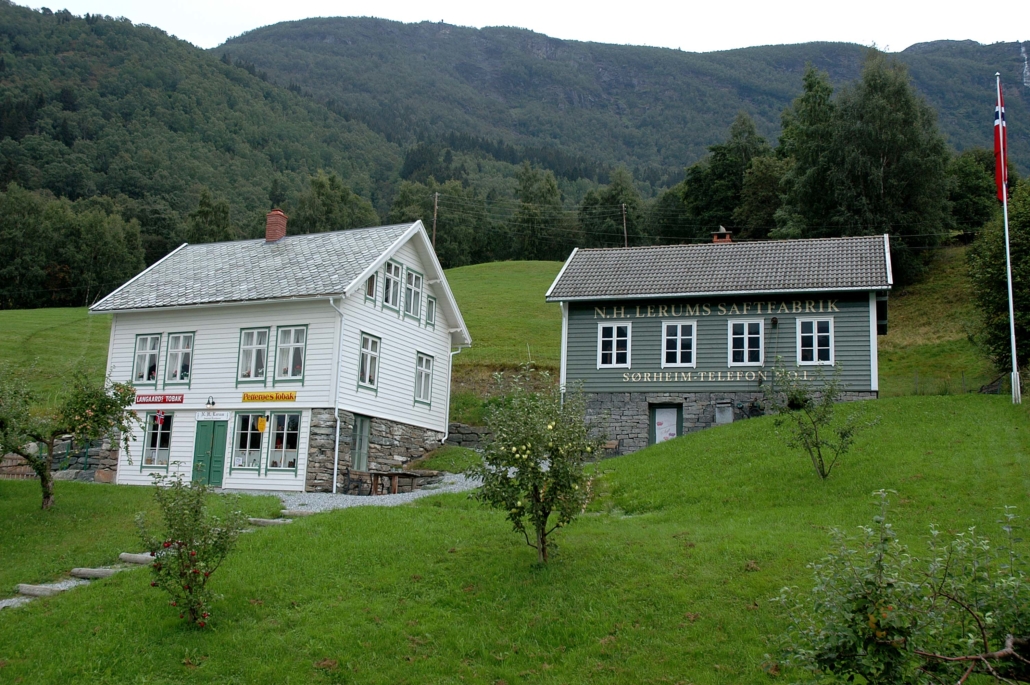 Sørheim used to be a nobility farm, and its name means “the home in the south”. Today it is a village known as Norway’s real “saftbygd”, which translates to squash village. Sørheim earned this title because of the story of Kari and Nils Lerum. On a late summer’s day in 1907 the ship that usually carried fruit had already gone and left Kari and Nils’ two tubs of raspberries. “What do we do with these?” they asked themselves and decided to turn them into squash, and that was how their tale of conservation started.

In 1918 they had produced 40.000 litres of squash and 20.000 kilos of jam in their little factory. The amount of jam and squash made the transport difficult during winter when the fjord would start to freeze, so they decided to move the business to Sogndal. That was how A/S N. H. Lerum’s Saftfabrikk (Lerum’s Squash Factory) was founded in Sogndal in 1919.

Nils Lerum stayed behind to continue working as a farmer, which was a greater prestige at that time. Today Lerum is the biggest producer of squash and jam in Norway. What started as two forgotten raspberry tubs ended up as a well-known business. To this day the original production building, though restored, and the old general store are still standing and are used every summer as an open café.

However, only 10 people still live in Sørheim. Among them the young brothers Evjestad who for a long time used to be Norway’s best at cross country skiing. Today they manage a farm each, are embracing old traditions, and gives life to the romantic and once big village.

Feigefossen (also known as Feigumfossen) is the largest waterfall in Luster and is a popular tourist attraction with its high fall of 218m (715,2 feet). The river Feigeelva comes down on the other side of the mountain, within Gruvefjellet, and flows through several small waters. Feigefossen has been classified as a protected area and is prominent as a landmark due to the amount of water and its height. It cascades from the mountain and makes up the background for a valley shaped as a horseshoe. Walking up the trail along the waterfall takes only 30 minutes and offers a majestic meeting with nature.

The waterfall itself is almost hidden behind the thick clouds that emerge from the foam it creates as it falls, which is a memorable experience for those who see it up close. It is possible that the waterfall and the surrounding area have gotten their names from the somewhat frightening feeling that the power of the waterfall gives us. “Feig” means that the end is near; death is near.

Feigesagi is the name of the old mill and a sawmill in Feigum. The sawmill is from the 1700’s, but was upgraded from a frame saw to a regular water-powered saw in the 1900’s. In recent years the sawmill and the old industry area has been restored by hardworking locals and with the help of public funding. It has now been made into a summer café, where you can have a drink, and learn about how the area was managed in the 1900’s as you enjoy the dazzling view of the fjord. 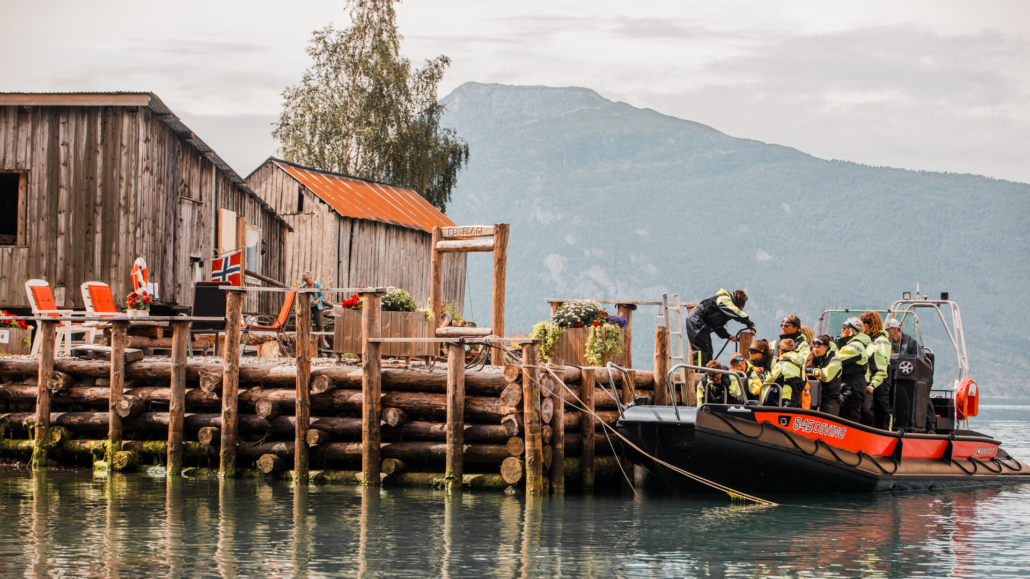 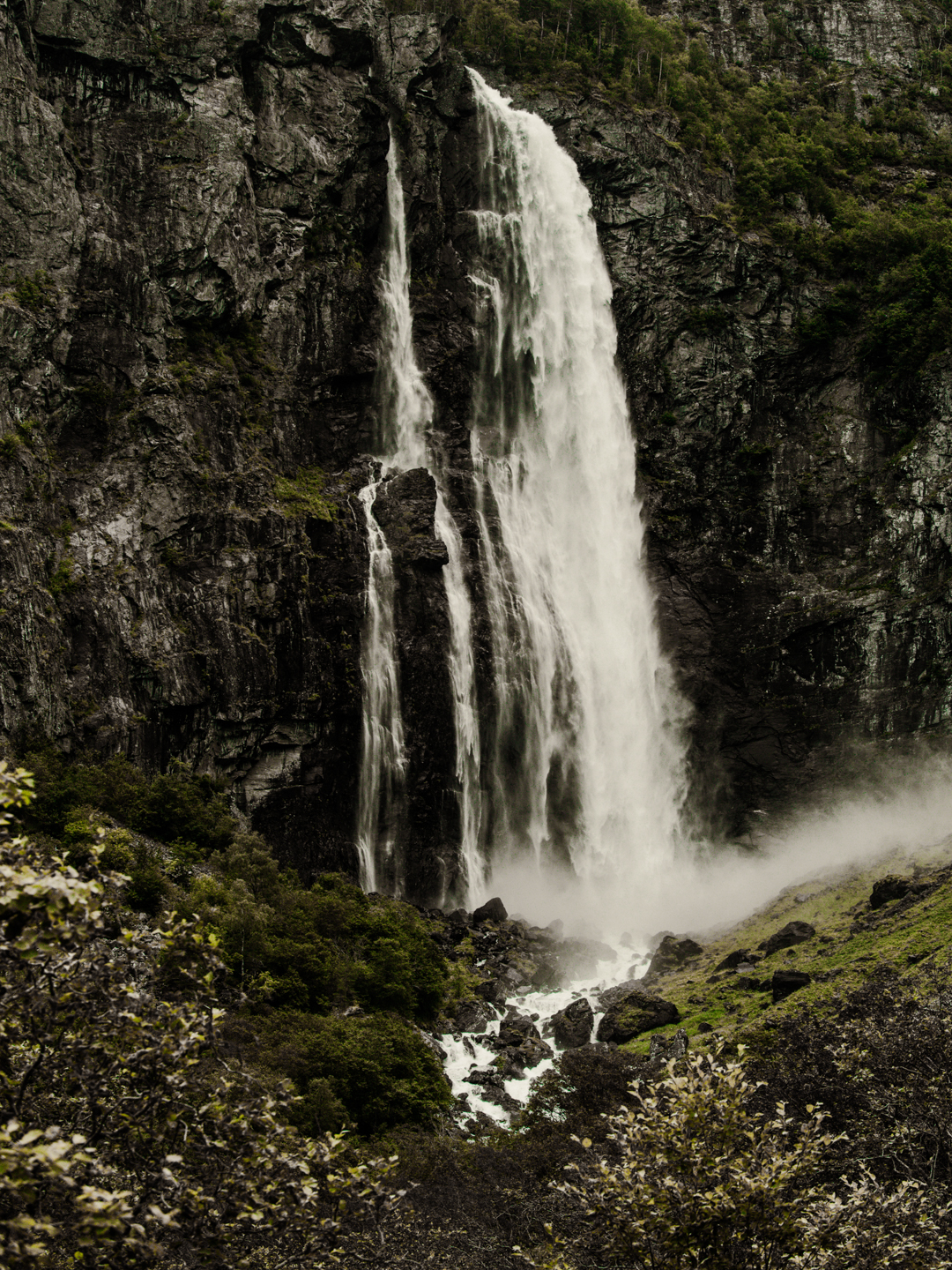 Kroken is a village that originates as far back as to medieval times but is mostly known for the house they call Munthehuset. The house was bought in 1764 by the Munthe family, where the owner Gerhard Munthe was an officer, historian and cartographer who had a huge network, which proved important in the national history.

Gerhard Munthe made the house a meeting spot for scientists, geographers and some of Norway’s most famous painters in the era of National Romanticism. Artists like Johannes Flintoe, Joachim Firch, Adolph Tidemann, Hans Gude and Johan C. Dahl visited Munthehuset. The latter made the house his home for a few of his travels, he saw Skjolden and Fortun among other places. His travels resulted in several gorgeous pencil drawings that later turned out to be the basis of many of his masterpieces. It was also at this house that Dahl met the young artist Thomas Fearnley, and where Tidemann and Gude met for the very first time. 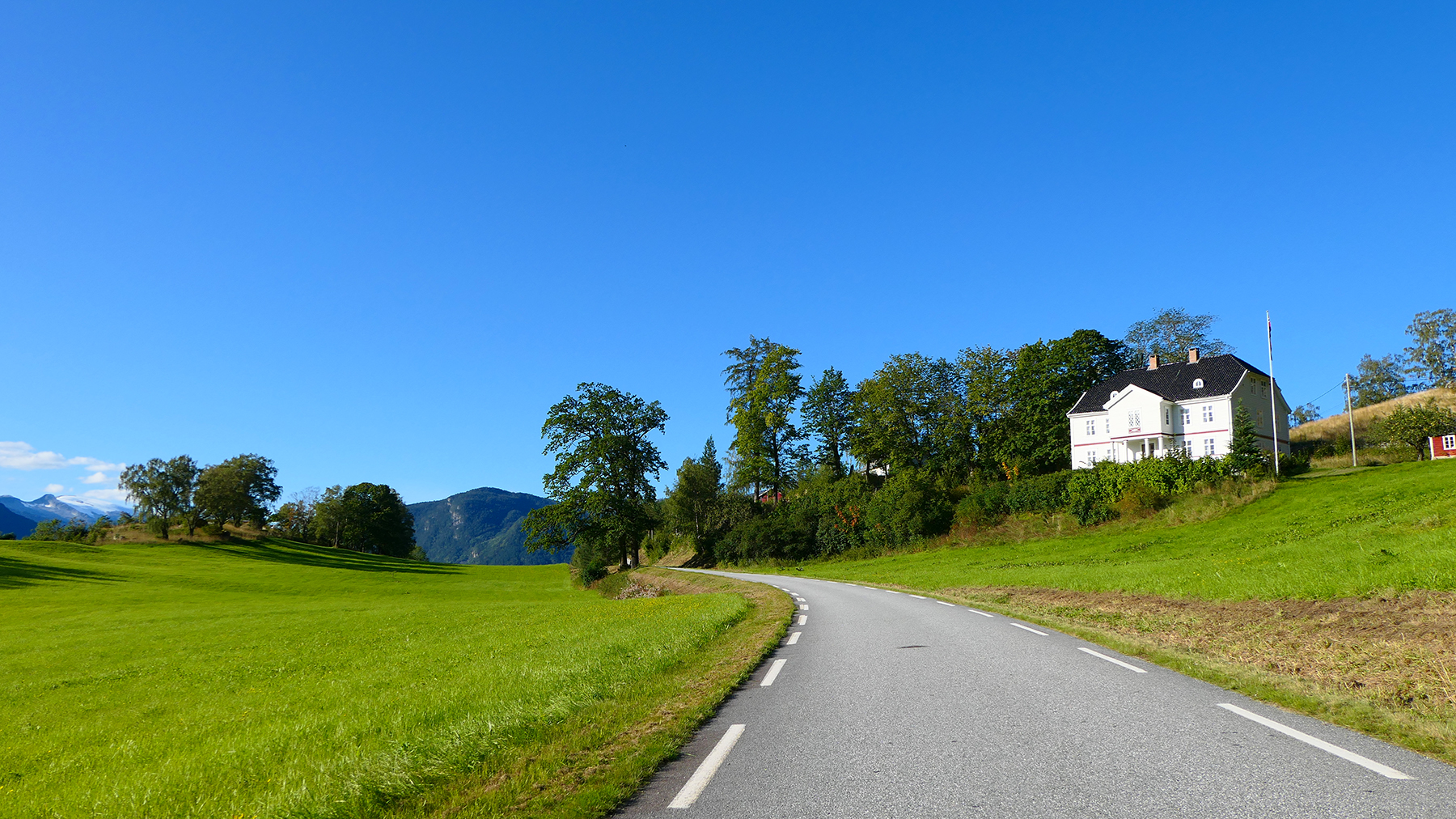 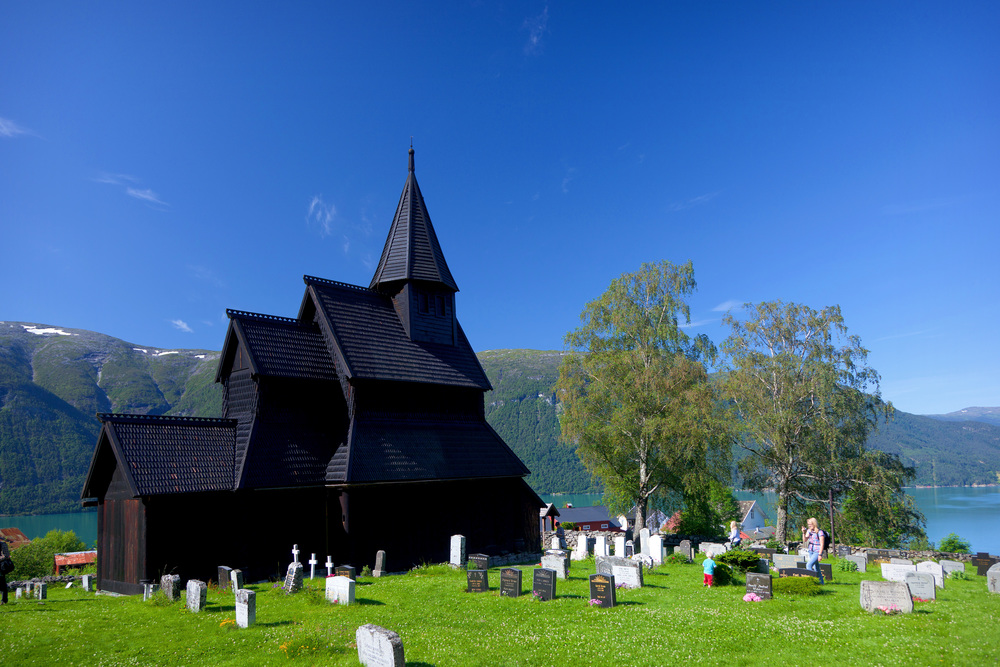 The Urnes stave church is strategically placed on a hill, which provides you with a good view both in through the fjord and out, which again gives you control of the fjord traffic. It is the oldest preserved stave church in Norway, and the area used to be an old cult site. They have found old runes that date back to the 800’s, even before Christianity came to Norway.

The building as it is now date back to 1130, but has materials used on an even older building with ornamental carvings. The carvings are composed of ribbon loops and stylish animal shapes inspired by the old Keltic ornaments. They are a testimony of the close bond between Keltic and Norse culture.

Urnes stave church was in 1979 incorporated into UNESCO’s World Heritage List and is open in the summer for guided tours.